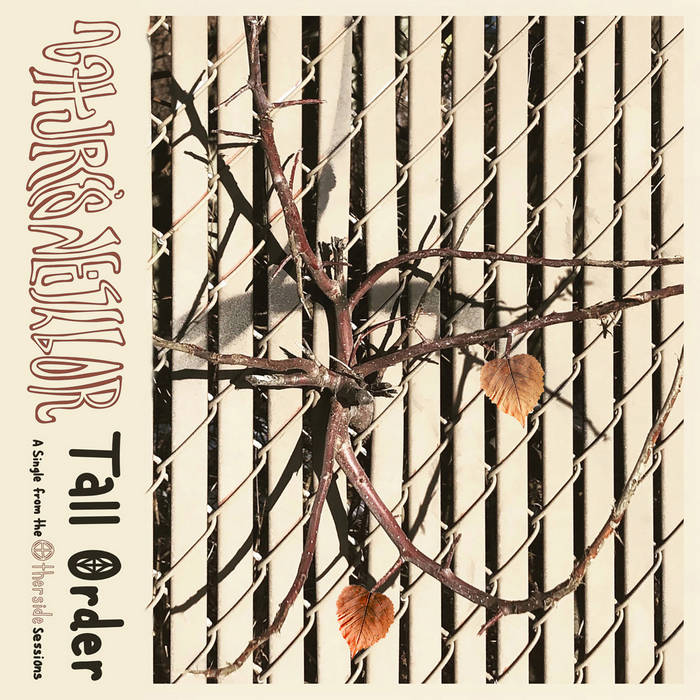 A song for myself and you as well
To lift my heart from out of Hell
So bend your ear..

A broken sigil to lift your curse
A silent vigil for all the hurt
Beyond the veil, a place to hide
Sing taller tales from the other side

You got that look in your eye..

A song for myself and you as well
Living my life here above the tracks
The trains are flying past while I just sigh and laugh
Although, it's not funny anymore

I will ride to the other side

Keep your song in your pocket
Sing it steady in the darkness
We may never know how to stop this
It just goes to show..

It's been so long since we've played this song

Everyday I am older ( older all of the time )
Bitter wind getting colder ( so much colder )
I wanna fix the world, make a bold move
That's a tall order

Don't get any closer to me
Go away

Just take one look inside yourself
So many things you just can't help
The countless places you can't find
All waiting on the other side
Your afterlife..

The stars will draw my map tonight
I'm off to find the other side
It's all okay, it's just a game we're born to play
Everyday

Even if there is no turning back..

The story of ‘Tall Order’ and its long-form companion, ‘Otherside’, begins sometime in April 2020. I hit up my buddy Mike Walker and offered to write a single for Nature’s Neighbor. Mike at the time was in a refractory period following the 2019 release of ‘Windy City Airport’ and took some convincing, but we eventually produced ‘The Otherside of Town’ in our respective quarantine spaces. We had intended for it to be merely a single, but the project quickly became a three-song EP. Then a five-song EP. Then seven. Finally we settled on a solid album with 12 songs featuring our friends from around the country.

Four months later we had completed production for the album and began the mastering stage with Nate Amos. I was experiencing my usual separation anxiety when wrapping up any project. Mike and I had so much fun making this album and I didn’t want it to be over just yet, plus we had gotten sidetracked from the original goal of producing only a single! So I sat down at my keyboard and jammed along with a very basic 808 beat that could serve as a seamless transition between ‘Monday Morning Drive’ and ‘Pocket Lullaby’. I played around with several chord progressions until finally settling on a seven-minute take which became the skeleton of ‘Tall Order’. The name was inspired by something our drummer, Seth Engel, had said to me earlier that year when he was mastering one of my solo albums. I showed Mike the demo and he thought it was cool but stipulated that we had to focus on finishing one thing before starting another and, of course, he was right about that.

As we continued putting the finishing touches on the album I would escape into ‘Tall Order’ to keep adding layers until it became a medley of almost every song and style on the album. Then we took it a step further and decided it would be cool to get every artist featured on the album back for the single. It took months to figure out who went where and what each section needed, and even in the final days of it’s mastering I was still changing things around. Now, almost a year later, we both feel like it’s finally time to close the book on the ‘Otherside’ saga and let other people hear it for a change. The irony of it all is that we’re starting at the end of our journey with this single release but, after all, that’s what we set out to do in the first place.