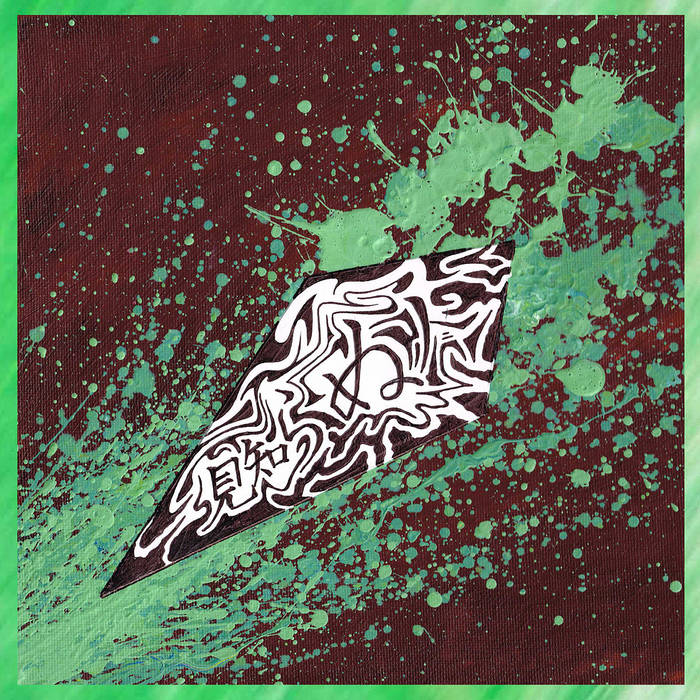 After finishing 'Thingamajiggy' in the summer of 2013 I already knew that I wanted to do something much different for my next project. I was recording a bit of music with Terrill Mast and Seth Engel around this time & was listening to a lot of 70s & 80s Japanese singer songwriter music that Nagi had introduced me to. I was really into Haruomi Hosono, The Plastics & Akiko Yano at the time. I would listen to the album 風街ろまん almost everyday back then. The influence of that album must have rubbed off because the music I started to make was much simpler and more oriented around acoustic instruments.

Also during 2013 I had begun to write music with my friend Fino Li. After realizing that she had an incredible voice, was into writing music and had been in a high school rock band back in Shenzhen called "Hello Kitty & Gun Powder" I was determined to ask her if she'd like to sing and write lyrics for a few pieces of music I was working on. She said yes and we began to collaborate on and off throughout 2013. Fino and I were both huge fans of Japanese media and culture and had originally met in Japanese class at Columbia College. At my roommate Nagi's request, Fino and I recorded a cover of 'ひとつだけ' and really had a blast recording it at the Owlrey with the help of Seth. After summer had turned into fall and then into winter, Terrill, Seth Fino & I had written a decent amount of new music.

The concept behind the album was the idea of being a foreign person in a distant land. The word "見知らぬ人" means stranger and I was daydreaming a lot about taking a solo trip to Japan. Around November 2013 I finally made the decision to go to Japan and the daydream suddenly became a reality. I bought the ticket and made some loose plans to meet up with Nagi in Hiroshima. She left for Japan in mid December and I told her I'd meet her sometime early in the new year.

And so on January 3rd 2014 I left Chicago bound for Japan. I had been studying the language for about two years at that point and was eager to immerse myself in the culture and see how well my speaking / communication skills faired if I went alone.

Anyway, after arriving in Narita and taking the subway to Tokyo I ended up spending a few days traveling around Tokyo. After that I made it to Kyoto where I wandered around for two days before traveling to Hiroshima by shinkansen on my 4th day to meet Nagi. She was born in Hiroshima and this was the first chance I had to visit her in her hometown.

While I was waiting for her at the station I sat down on a fountain and began strumming a nylon string acoustic guitar that I picked up in Kyoto. Pretty soon after I started doing this a woman rode her bicycle up to me and sat down beside me. She explained that she was a musician and that she played the piano. She was drawn over to me when she saw me with the guitar and wanted to talk. After talking a little more she told me her name was Asami and she invited me over to her house to play music and eat home made Korean food. That sounded great so I ended up visiting her place a few days later and she played the instrumental piano track that I decided to call あさみちゃん (Asami-chan) the name that she asked me to call her by. I don’t know if she wrote the song or if it is an old classical piece but I was blown away when she played it for me. I recorded her performance and many other special moments on my portable Zoom microphone. All of the live performances you hear on the album were recorded in different places around Hiroshima, Miyajima island or further south in Kagoshima city. Some recording was also done in Kyoto. All thanks to my trusty Zoom. The guy at customs thought it was a stun-gun.. I'm lucky I was able to keep it with me.

After I met with Nagi at the station she took me to stay at her parent’s house for a little over a week in a town called Hatsukaichi. There she showed me countless amazing things, took me to all kinds of beautiful places and introduced me to many wonderful people. Spending time in Hiroshima with Nagi, her friends and family was truly one of the best experiences I’ve ever had in my entire life.

Ten days after after first arriving in Hiroshima I decided to continue traveling south through Japan. Nagi and her mother saw me off at Hiroshima station and after I said goodbye to them I took the bullet train further south through Honshu and then into Kyushu until I finally reached the city of Kagoshima where I was planning on meeting another friend and spending a few more days there with them exploring the city and surrounding countryside. I had to leave my nylon string guitar at Nagi's house. I promised that one day I'd come back to get it.

Upon returning to Chicago I recorded more songs with Terrill, Seth and Fino on and off as the months went by. Some were recorded at home in River City, others were recorded at the South Loop Hilton Hotel and others were done at the Owlrey with Seth. After those songs were finished in the Fall of 2014 I decided that I had amassed more than enough material. I took the best tracks that I had recorded in Chicago and combined them with my favorite live recordings I had captured in Japan and sequenced the tracks so that the album would jump back and forth between the Japan recordings and the Chicago recordings. I then ended up with an album completely unlike my previous three releases. Part live album, part covers album & part travelogue. I was thrilled with the results.

Although I saw many places while visiting Japan I have to say that Hiroshima holds a special place in my heart. This album is partly my travelogue but at its core it is a simple love letter to Japan, a place where I was treated with nothing but kindness and respect.