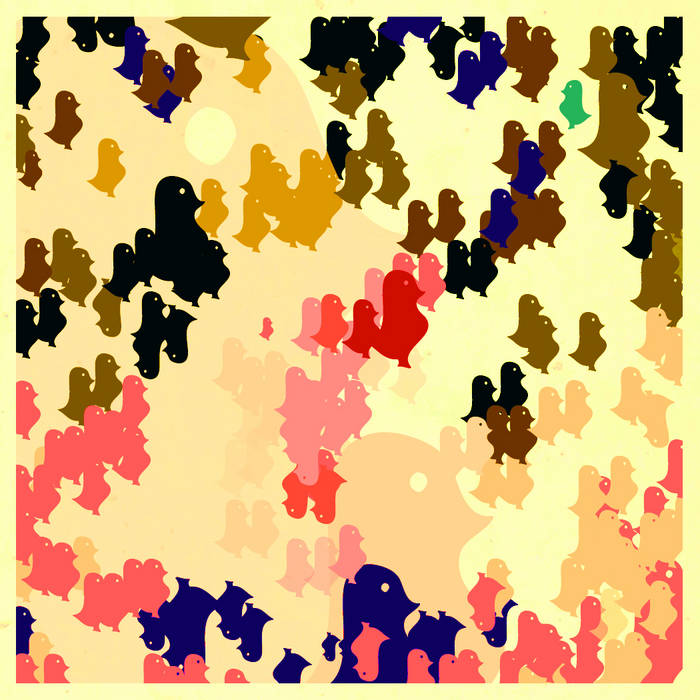 "Overall, you can think of Nature's Neighbor as being an acoustic rock band at their core but as you listen to this cassette you will find that they are really so much more than that. Through acoustic rock and melodic harmonies, Nature's Neighbor can find their way easily into dreamy bliss. This just becomes one of the most chill yet beautiful cassettes I've ever heard."

Recorded and mixed by Seth Engel @ The Owlery & MINBAL

Mastered by Will Killingsworth
www.deadairstudios.com

Coming off of the only Nature’s Neighbor tour we ever did in early 2015, I was pretty burnt out on playing shows and really wanted to record new music. After fishing around for a few new approaches to recording the idea came up to make an album with Seth in the Owlery, a practice space on the west side of Chicago. The idea was to make an album with a consistent drum sound and a cohesiveness that none of my previous albums had ever attempted before.

Leading up to making this album I had always recorded songs on a laptop, usually with just one microphone in whatever space I could use at the time. I would mostly record in bedrooms or living rooms of my / other people’s apartments around Chicago. But for this album Seth was at the recording desk and we were working in a place that felt more like a real recording studio. It had no windows and felt like a place where I could block everything else out and focus completely on recording. We used much better recording equipment and really tried to make a rich and full sounding album with many different textures while still retaining a cohesive sound that would mainly be achieved by using the same drum set up on every song.

Cheer and I were still living at River city at the time in unit 528 and we were jumping through hoops trying to prepare all of the paperwork for her Green-card application to the USCIS because her visa had expired or was just about to. We had been married in a courthouse downtown in February of that year. When I wasn’t working at the record / video game shop in Wicker Park I was demoing out songs on Cheer’s laptop at home. It would be the last album I would make while living in River city.

Because Cheer and I had recently married we were planning a three month long trip to Nanchang to visit her family. A lot of what this album ended up being about was the preparations for securing Cheer’s permanent resident status in the US and preparing to go back to China. Cheer participated very heavily on this album singing lead vocals on many of the tracks and creating much of the album’s artwork. Without her special touch this album would be significantly worse and much more boring.

This album also marks the return of Brandon into Nature’s Neighbor as a player, producer and writer. He had a huge roll to play on a few of the songs and wrote most of songs 8 and 9 himself. Brandon also convinced me to use his small collection of analogue synthesizers and stop relying on MIDIs so much. It was the first time we had worked on music closely together since the making of Thingamajiggy three years previously.

Another significant thing to note about this album is that it was the last one where Terrill was still living in Chicago. He would move away from Chicago at the end of 2015 back to his hometown in Herndon Virginia. After this album Terrill and I would mainly work together long distance through emails.

More than halfway through making the album we had the privilege of moving over to a studio then called Minbal where a few of my friends like Mike Nardone had interned. This was a real deal recording studio with an old console from the 80s and all the choices of mics, outboard gear and amps you could dream of. Seth was able to get us in there at a discounted price and recording in that studio was one of the most enjoyable experiences I’ve ever had making music in my life. There were many vintage keyboards and guitars there and also a piano from the 19th century.

After about 9 months of recording on and off we had basically finished the album and it was time for Cheer and I to go to off to China. We said goodbye to Terrill who would leave Chicago for good about a month after we left, we moved out of River City where I had been for the past three years and got on the plane to Beijing. While in China I had countless incredible experiences. I was privileged enough to visit places like the Forbidden city and the Summer Palace in Beijing. And later in our stay Cheer and I would take a week long trip to Sanya which is a city in Hainan. Sanya is probably my favorite place in all of China but Nanchang will always be the most special to me. It was wonderful being introduced to all of the family on Cheer’s side. It was such an intense and meaningful experience being in China that I had to demo out a song when I was there. So I texted Seth explaining to him that we had one more song to record once I got back to the States.

Upon returning from China Seth and I got together and recorded the final song for Pidji and it was quickly mixed so that we could get the album mastered and put out through a small Chicago label called Sooper Records. It will always be one of our strongest albums.